When Bookies Should Move Their Lines 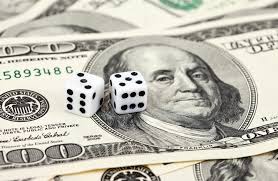 A question that Bookmakers often ask themselves is when they should alter and adjust their betting lines on their own. If they are using a professional pay per head service they should already be getting sharp numbers that are in line with what’s available across the Sportsbook industry both in Vegas and Internationally. PPH, or pay per head, companies like PPHCR.com has a line management department that is made up of a team of professional line movers which utilize the latest technology to constantly monitor and update the numbers your players can bet on. However, sometimes a situation arises where a bookie must go “old school” and jump back into the Captain’s seat to manage his own lines.

Let me share an example of when this happened recently with one gentleman. It was Super Bowl 50, Patriots Vs. Falcons and one of my East Coast clients called up to ask what he could do about overwhelming action he was getting on the Patriots. I explained to him that the official betting lines originate in Vegas and then get tinkered with by many international books which cater to players from around the world. The number his players were getting on the side and total didn’t account for the fact that his action was all one sided. This bookie’s players were going to bet the New England Patriots no matter what the number so I explained how he could go in and make the adjustment in his favor. Bookmakers should never forget that they are in a buyers market.

More recently the same thing happened with the NBA playoffs where one Agent had players who were betting the Golden State Warriors almost exclusively. When this happens an agent needs to have the tools at his disposal to protect himself from lopsided betting action. If players want to pile on to one side of a game and then complain that they see a better number from the Las Vegas books than with their local bookie the answer to that is “maybe you should take a trip to Vegas and bet the game there”.

A good Sportsbook owner does not have to tweak the number on every game, but by knowing their player’s betting tendencies they can seize the opportunity on a big game like the Super Bowl or NBA Finals to maximize their edge.